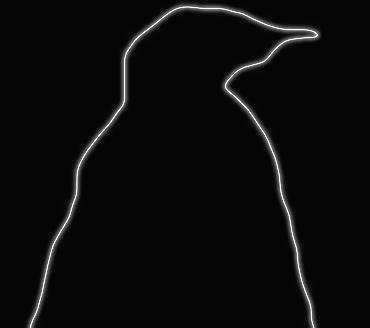 I’m no longer working at ABC 7 but I’m moving toward a situation in which I hope I can make more of an impact on the industry I’ve worked in for a quarter of a century.  That makes it sound longer than “more than twenty years,” right?  That’s the business I’m in.  Communication.

I did a weekly segment called "The Panhandle Spirit," which focused on the positive cultural aspects of the Texas Panhandle.  There was one Panhandle Spirit segment I never got to do.  Individuality.  If there is one characteristic I associate with the Texas Panhandle, that would be it.  Think of the fortitude, the courage, the perseverance and the stubbornness it took to stay on this land in the face of weather, land, and human frailty.  A certain contrariness developed.  I blame it on the wind. If the government (the wind) says go this way, I’m going to go that way.  I have that trait.  But for me it comes out as “if most people think something is good it probably isn’t that good.”  Both examples reveal a certain anti-authoritarianism.  If I came out to this country to raise cattle, or run boxcars, or pump oil who’s anyone to intrude on my business?  I get it.  For me it’s characterized as “everyone’s doing it.  You should be doing it too.”  Huh, no.

I’ve been contrary my whole life.  From the Far East to England, from Seattle to Arizona, folks have commented that they think I just like to be contrary.  The truth is I don’t necessarily like being contrary, but I don’t mind expressing a contrary opinion.  Lots of folks don’t do that.  They don’t like conflict.  I don’t believe expressing a contrary opinion should necessarily lead to conflict.  I was raised to believe in American democracy.  I know for a fact not all the Founding Fathers wanted the same things and argued a long time about it but in the end they got on the same page.  It’s called The Constitution.  But lots of folks in positions of authority don’t like their decisions questioned, especially if they’re insecure about their position.  The first clue to me that someone is wrong in their decision is when they fall back on, “Well I’m the boss.”  That’s the equivalent of saying, “I’m the parent and I say so.”  Not much of a manager there.

Now let’s get something straight, and I believe this sets me apart from folks who just like to argue, which is a real bummer.  You know, “don’t get that guy started.”   I don’t always think I’m right.  Sometimes I just think things need to be considered because I don’t have confidence the authority figure has thought it through sufficiently.  And that’s really at the heart of the most basic belief I have.  I do not believe I am better than anyone else.  And I do not believe anyone else is better than me.  That’s not to say I don’t respect my elders and folks who have more experience than I do in certain things.  I have no problem saying “sir” and “ma’am.” On the other hand, I’ve known old men who might as well be nineteen in their head.  They’ll tell me something and I won’t argue.  What’s the point?  But I take what they say with a grain of salt.  I’d wonder how they got to be so old knowing as little as they do.  We’re all God’s creatures, right?

I’m certainly not going to argue religion with anyone.  Everyone has a right to faith. That’s the First Amendment, and I’ll never question that, so long as they don’t judge me on my faith.  In fact, I love hearing about what folks believe, but the idea that “I know truth and you don’t” really rubs me the wrong way.  Someone’s trying to put a power trip on me.  That’s common.  I hate arbitrary rules.  Give me a legitimate reason for the rule, even if it’s nothing but politics, and I’ll respect it for the good of the team. Well, you know, I’m just spouting off because I know none of this is going to change unless we all, as individuals, take responsibility for our own lives, and thoughts, and actions.

Being an individual is hard.  Just following orders is a lot easier but what do you see when you look in the mirror?  Integrity?  Self-respect?  I guess some folks can get by without those things.  Not folks in the Panhandle!  The whole point of the Panhandle Spirit is that folks are better than that, that they’ll rise to the occasion when necessary to help out their neighbors or they’ll do something positive for their community or they’ll take a stand when it’s important.  I’ve taken a stand against the wind many times and I haven’t always won.

Finally, the question is, on what am I basing my information?  We can all be individuals.  We can all be contrary, but are we just spouting off because of something we saw on Facebook?  Now that I’m not representing ABC 7 News (who I love with all my heart), I can be more direct about what I personally believe.  I will be sharing these thoughts on this Facebook page, The Obscure Penguin.  Why that name?  Honestly, I tried to find something that wasn’t used.  I googled a lot of ideas.  Basically, and it’s just something I reasoned, obscurity is the reality for a lot of us.  We just don’t know what we don’t know.  We can’t always see things clearly.  I’ve been in the news business for decades and it’s still becoming harder to know what’s true anymore.  I can’t imagine what it’s like for someone not in the business who’s living a hectic life, trying to keep up with kids and a job and a spouse and all the other things we have to take care of before we collapse into bed every night.  Why penguin?  No reason whatsoever.  But maybe it’ll make it easier to remember.  So every week I’ll post something here and maybe it’ll make your day easier and brighter and I’ll try to make a point, but I’ll try to be funny.  Because Penguins are funny.