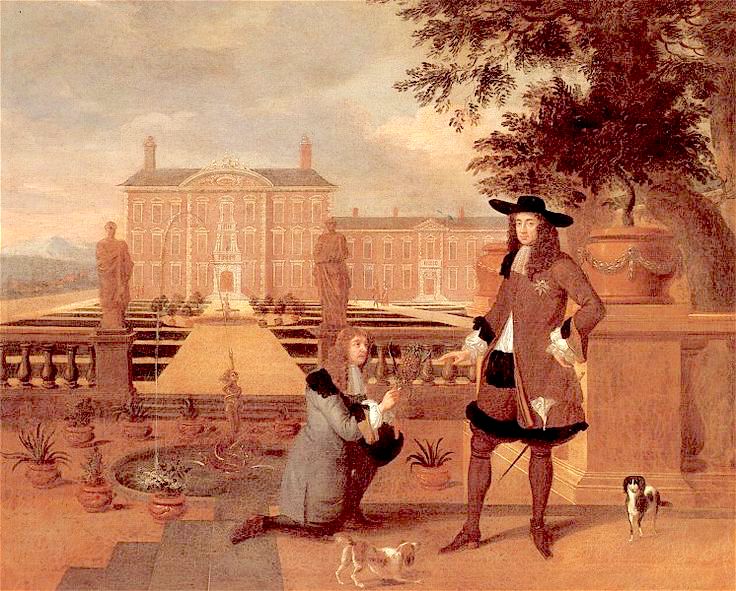 I haven’t seen him cruising around in his sporty car lately, but one of my favorite memories of Potter County Judge Arthur Ware is at Teel Bivins’ memorial service at St. Andrews Episcopal Church in 2009. I ran into him outside. It was autumn but the Bivins neighborhood was still green. I’ve always loved talking with Arthur. I mean, this guy is a Marine. He fought in the Gulf War. He parked a tank on the Courthouse lawn! I was a reporter then and If I needed a story, I would literally just drop in on him at his office at the Santa Fe Building. He’d have that big Marine flag hung up behind him and I’d say, “Judge, what’s shakin’?” If he was busy I’d sometimes chat with Nancy or anyone else who might be there. The poor reporters these days with their phones. Whatever happened to just visiting? That was my whole image of Arthur until that day in 2009.

The memorial had made the Judge nostalgic and he was pointing out the old Bivins house and that led him to remember how it was when they were all kids and he started talking about his cousins, Richard and Bill. What suddenly struck me about him, though, was how he was dressed. I had lived in England in the eighties, in an area called the Cotswolds, and Arthur was sporting the “country gentlemen look,” corduroy trousers, a tweed jacket, a waistcoat, shirt and tie which didn’t match by American standards (red and green outside of Christmas?) but is absolutely proper within that specific English context, all earth tones, and it really hit me at that moment, the Episcopal church (Anglican), the Bivins neighborhood, and across Georgia, the mock Tudor Wellington Manor. Arthur Ware is an Anglophile! So am I.

Lots of English people settled this area, or people of English heritage. Some raised cattle, Bivins, Goodnight, John Adair, Irish, of course, and many more. There are perhaps apocryphal stories the English ranchers would call their cowboys “cow servants.” Over in Pampa much of the land was originally owned by an English syndicate set up to invest in the “Beef Bonanza!” You can imagine a couple of aristocratic Brits making the long trip to the Panhandle to take a look at their investment, gazing over the flat, empty landscape in their top hats and bespoke suits, asking the stagecoach driver, “Why, sir, are you abandoning us here?” The driver would be rolling a cigarette as the shotgun man snickered and affected a bad English accent, “Why sir, this is your bloody investment, my good sir!” That would be the class stereotype you’d see in the old movies. But it would really just be new world, old world rivalries. America was pretty much White Anglo-Saxon Protestant before the immigrants began arriving in large numbers at that time, huddling and massing on the east coast. Americans would certainly let the English know this was not their land and their old world class expectations were not welcome, but they might have ended up asking the English for jobs. The point being, looking at the older, well-heeled Amarillo you get a glimpse of an English aesthetic poking through the frontier sensibilities. You wouldn’t necessarily notice it if you didn’t know England.

I learned about class in England. I was first aware of it at Amarillo College. I just didn’t know what it was back then. Lots of people today like to say they’re middle- class, whatever that means to them, usually in economic terms. On a scale of one to ten, many believe two through nine are “the middle.” It’s arbitrary, isn’t it? That sort of awareness wasn’t in my family growing up. Dad was an enlisted man in the Air Force and worked for the National Security Agency. We were always around intelligent people. We lived on bases or in local neighborhoods. In the second grade I had a teacher who clearly liked the officer’s kids better than the enlisted kids. But I was a radical little anti-authoritarian even back then so my awareness really focused on what I perceived to be an adult with undeserved power. Incidentally, her name was Miss Potter. Had I been more aware I probably would have noticed the enlisted dads didn’t mingle with the officer dads.

Back when I went to Amarillo College there were fraternities and sororities. Recently I pulled out an old publication from those days. I wrote for “The Ranger.” I had written a letter complaining the Greeks only cared about “status.” That was my naïve way to indicate they were very class conscious. Looking back, I can see they were generally what we would call middle-class, sporting something of a preppy look and anxious about belonging or being rejected by the group. Their families obviously had more money than mine. We weren’t poor, but a more accurate description would be the English working- class. And that point is made more salient by my experience in England. Back at Amarillo College I was a long-haired, scruffy, post-hippie, who quite unreasonably disliked the Greeks for very superficial reasons. It’s not as if they overtly excluded me from anything. Many of them were quite nice to my face. But I had an attitude against them, just like the attitudes my working- class friends in England had against my middle-class friends there. There’s an English term, “poseur,” meaning someone with affectations, someone pretending to be what he’s not.

In England one is to the manner born, as they say. The pecking order is frequently demonstrated. Quite frankly it seems oppressive to someone outside looking in, consequently I was happy to be an American, despite their general dismissal of my manners. (The European way of using knife and fork now seems infinitely more practical to me than putting the knife down and putting the fork in that hand. Although mash is essential to help pick up the peas.) Some Brits would nevertheless try to find a place for me within their order, below them, of course. I once said I’d lived in a house in the country south of Ft. Worth, where cattle grazed on the property behind us. The reply was, “My wife’s sister lives in Mon-tah-nah. They’ve quite a lot of property, actually. They use a helicopter to herd the cattle.” A restaurant owner was questioning me about my military service and when I told him I had been a sergeant, not an officer, he said he was sorry. He wasn’t being ironic. One neighbor introduced me to his son who had just graduated from Cambridge but despite my efforts to be friendly the man wouldn’t say a word to me. Occasionally I was insulted for being American. Reagan was not popular in the U.K., despite or because of Thatcher’s apparent adulation of the former movie star. But on the whole I had wonderful friends, from many classes, an advantage of being outside the order. “I am an American, whose ancestors fled the oppression to be free of royalty,” I would declare… loudly… publicly…to my mortified friends…as we watched Prince Charles play polo at the Royal Agricultural College. They didn’t tend to mingle at my parties until I discovered the secret to removing class barriers… frozen margaritas. “Good Lord! Like sipping an icicle!” Mr. Cuervo, tear down this wall! Unfortunately, Nigel, who’d attended Shrewsbury, would rant even more about the fate of the Hapsburgs. William, a lorry driver, rick-rolled us long before it was a prank. “Never gonna give you up…” Bledwyn, an immigrant from the former Rhodesia, fell sideways out of a rocking chair.

Which brings me back to Amarillo. Amarillo College, of course, sits in the heart of the old money neighborhoods, Wolflin and Plemons-Eakle. Some of my friends lived in apartments and garages owned by those residents, usually older folk who seemed quite pleasant. I always believed the old money generally had to work hard in a very inhospitable environment, this llano estacado. They built something from nothing. Obviously not so much in subsequent generations. Nevertheless, I didn’t go to Amarillo High or Tascosa and so was not exposed to what I suspect was a class consciousness made more extreme by the high school caste system.

Getting back to Arthur and the Wares and the Bivins’s, who’ve always been good people, the Fains, who were helpful to my grandparents at the Canadian River Café, and many more I’ve known, (you do realize name-dropping is horribly pretentious, right?) the old money establishment seems to me for the most part just regular folks with money. They’ve been generous. I wonder what the city would have been like had Sybil Harrington not loved her hometown. Even the eccentrics have been entertaining.

On the other hand, since I returned from England I recognize the poseurs more easily, those anxious, insecure types eager to impress me with their “status,” and by implication, who try to find a place for me in their order. Bad actors, really. A good actor should be able to nail a comedy of manners. And honestly, I feel pity their minds seem to be shackled by that obnoxious class consciousness. Some poor souls have a desperate need to feel like they’re better than others. I’ve come across them everywhere, in Amarillo, Seattle, Phoenix, and Dallas, oh my God, Dallas. Some have come from big cities, finding themselves in the Panhandle, and can’t bring themselves to accept it. “Oh my God! There are cowboys in pickup trucks every time I turn around!” That’s a fine whine from a producer from Flower Mound.

Many folks around the world think of “class” as “a game,” with skills to be learned to elevate oneself or to exclude others. Of course, you don’t have to play that game. Most folks I know around here don’t play it, at least with me. Class, like politics today, is just another way we try to create divisions between us. Americans were supposed to have put all of that behind us when we landed on these shores. Well, this experiment in democracy isn’t over yet.