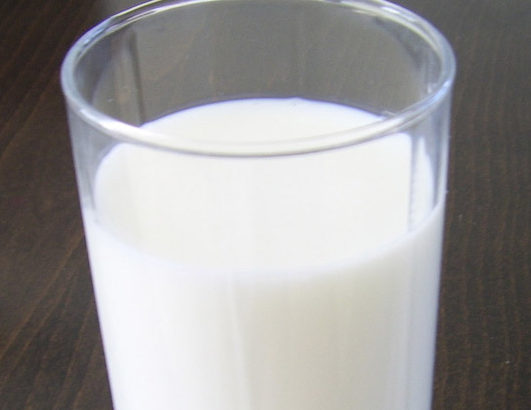 You know after you milk a cow and you let the milk sit, the cream rises to the top.  You’ve probably heard that saying, referring to excellence. Producers have a way to modify that.  They call it homogenization. The fat droplets are emulsified, meaning they mix with the rest of the milk.  That’s why, when you have milk in the fridge it pours out the same way all the time.  There’s no separation.  That means all the milk is the same.  It means, conforming to current tastes, it becomes more marketable.  They put the word on the carton.  Homogenized Milk.

About twenty years ago I started noticing folks talking about the same process in society.  They were talking about the phenomenon known as homogeneity.  That word is defined as, “the quality or state of being all the same or all of the same kind.”  The observation was that the media at that time, and that was before the internet became what it is, were slowly making folks the same.  So, if you lived in Gruver, for example, but you had access to television or radios, newspapers and such, you were exposed to many of the same ideas as someone living in Burlington, Vermont.  Not all the ideas, but many of them.  What that meant, especially for kids who tend to follow trends and fashion, is the behavior of someone in Gruver and Burlington would tend to become more uniform.

While doing the Panhandle Spirit segment for ABC 7 I got to know many of the folks running the local newspapers, Roger Estlack in Clarendon, Shaun Winks in Panhandle, Gina Gillespie of the High Plains Observer and many more.  They all serve their communities well, telling their readers what they need to know and what they want to know.  I saw first hand that while the folks in Fritch were a lot like the folks in Dalhart, their concerns weren’t always the same. While they tended to look and act and think the same, the folks in Fritch more accurately shared an experience with those folks living in Logan or Silverton, being around or near lakes.  Dalhart was similar to Guymon and Perryton.  Those of us in the media who live and work in Amarillo tend to paint the Panhandle with a wider brush, recognizing but not necessarily appreciating the Pampa/Borger rivalry, for example.  State media tend to treat Amarillo the same way, painting us with a broader stroke, and national media treat Texas similarly.

Since the eighties media consolidation has grown; that is, all the media is owned by fewer corporations and that means there is less diversity in the news.  You might think you can go on the internet and find all kinds of information and that’s true, but that could be in danger.  Right now there is some political pressure to get rid of “net neutrality.”  We have net neutrality right now.  You don’t want to lose it.  If we were to lose it, we would not have easy access to pretty much anything we have right now on the web.  It might cost us more to get more access.  Some small business websites would not be on the same playing field as Amazon, for example.  Essentially, without net neutrality, the world wide web could become one big toll road.  In terms of news, fewer news producers online and locally mean more uniform information, more homogenous information.  It becomes more homogenous because that’s what’s marketable.  Like milk.

The national corporation, Sinclair, saved Channel 7 from doom when they bought it, pumping a lot of money into it, giving it a new look, new equipment, more employees.  The previous owner was not giving the station what it needed to compete with the other stations.  After the financial bust of 2008 that corporation was hit hard, not in Amarillo, but in some of its other markets.  Nevertheless, to help make up for its national losses it laid off a lot of Channel 7 employees and slashed budgets.  It is incredibly expensive to operate a television station these days, to provide content not only for the station but on the internet, as well.  Financial pressures are considerable.  Those pressures are felt not only by 7, but I know for a fact, by Nextstar’s Channel 4 and Raycom’s Channel 10.  That’s not even getting into the pressures felt by the print industry. I know the folks at all three stations care deeply about covering local news and they do so with relative success.

Recent surveys, most notably by the Pew Research Center, show most folks still get their local news from the local television stations, many folks in the industry see it moving more fully onto the internet.  Although they were saying that twenty years ago too.  It is certainly changing, and some of you are deciding to get rid of cable or dish and go all online.  The problem is what access would you have to the local stations?  If you want that access you’d have to go back to antennae and not every broadcast signal is up to snuff.  If you simply want to go on the website or on Facebook for your local news, the looming net neutrality issue could affect that as well.

I know many of you have complained about not seeing enough local news on your local stations.  I totally agree.  Nevertheless, I know what pressures are on the broadcast industry.  If you truly want to preserve local news you have to let your local stations know that’s what you want.  You have to let them know constantly. Quite frankly, they are there to serve you.  That’s why they exist.  However, they must also be supported by ad revenue.  If you care about local news, if you are in that position, you need to consider that too.

In the old days there were enough employees to get out into the community and find the stories.  These days you are as much of the process as anyone.  I’ve heard folks ask, “why didn’t the news cover that story,” as if the stations have a crystal ball in the newsroom, or as if the stations agree on what makes a story (competition!), or as if the dark corporations are “covering up” what the Feds are doing near Skellytown.  That’s how rumors start!

If you participate in the news with your local stations, if you remind them you want to see a focus on your lives, your values and your concerns, and communicate that fact to them, on social media or at events or elsewhere, they will certainly communicate that fact to the companies that own them.  I learned the Panhandle Spirit is not unique to folks in the Panhandle.  There are people everywhere who care about their neighbors and will help them in times of need.  However, the Panhandle Spirit is absolutely unique in our shared history, in our specific spirituality, and in the way we go about things.  We may be similar to folks elsewhere, but we aren’t milk.  We may enjoy drinking milk, but we don’t want the information we depend upon to make our daily decisions, the local stories that remind us of our value, to become milk.