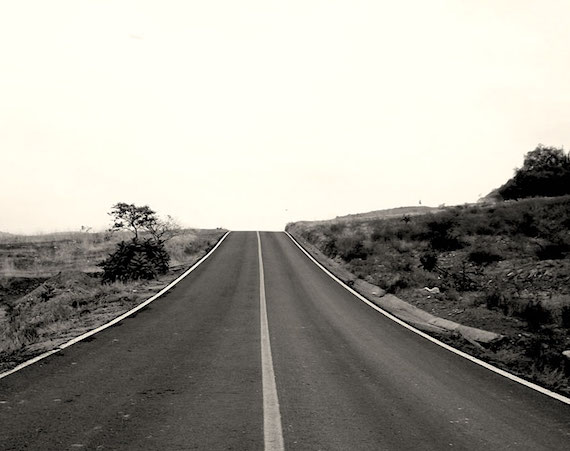 I experienced a brief moment of terror as I suspected Rodney and I were going to be arrested for hitchhiking inside the Luling city limits.  The Highway Patrol had pulled up behind the Ford Pinto driven by a woman who had asked us if we needed a ride as we sat with a large hunting knife we were using to carve our cantaloupe.  The trooper rolled down his window and yelled, “If you’re going to pick them up you need to pull off the highway!”  The woman pulled the car over and the trooper drove off.  Rod and I sprinted to the car, thanked her profusely, and jumped in.  I got in the back seat and Rod sat up front.  No sooner did the Pinto return to the highway, the rain came crashing.

It wasn’t a soft rain.  It was a south Texas flooding rain.  There are a lot of colorful Texas euphemisms I will forego at this time.  More importantly, at a moment like that it becomes awfully easy to believe in angels.  It wouldn’t be the last time something like that would happen to me, but I certainly got a healthy respect for the Divine that day.  The rain splashed hard on the windshield.  Little bits of hail bounced off the hood.  It was tough to see through the drops and the wipers barely helped.  The woman took it slow, not appearing nervous, and struck up a conversation.  We introduced ourselves and told her our story.  We asked her if she could take us to Austin where we left the car at the mall and she agreed.  We also asked her why she decided to pick us up, not wanting to get too specific about details for fear she’d change her mind about us. She just said it looked like we needed a ride and she could use the conversation and it was the 4th of July.  She also said we should be thankful we left the concert considering they were getting rained on at that moment.

I don’t remember her name but I do remember her demeanor.  She was serious, no nonsense.  She was thin and had short hair.  Even though she didn’t smile much she was clearly doing us a huge favor, without our asking for it.  It crossed my mind she wasn’t taking as much of a risk as it appeared.  After all, the Highway Patrol was aware she’d picked us up. Maybe she was from Luling and knew the trooper.  Maybe we’d been watched as we passed through town.  She didn’t talk much about herself.  She wanted to know about us.   It also crossed my mind to watch the back window. Pintos were famous for catching fire if they got rear-ended.

The truth is the rain made me drowsy.  This was the first moment since I had awakened at dawn the previous day that I actually felt peaceful and comfortable.  She really seemed to be hitting it off with Rod.  She asked him to find a station on the radio about the weather. I fell asleep.

When I woke up we were on 35, driving over Town Lake.  The rain was lighter but still substantial.  Rod was telling her where the car was.  He asked me if I’d had a good nap.  I told him it had taken me by surprise.  He said they’d had a great time talking while I was out.  When we pulled up to the wedge that was Rod’s TR-7, it was still raining.  She asked us what our plans were.  We said when it stopped raining we’d probably head back the way we came up 183 and then over to Abilene and on to Lubbock.  She suggested it might be easier for us to catch rides up 35 to Dallas, even though that was a longer way.  We hadn’t thought of that.  Then she offered to take us to Waco if Rod would drive for awhile.  Well yeah!  Why not?  Rod got out into the rain and opened the trunk of his car, removing a few things, and then got back into the Pinto’s driver’s side as she scooted over.  Our luck was holding out.

We had a good time chatting about the state of the country and the state of music on the way to Waco.  She let us off on the side of the highway just as the sun burst through the clouds.  She thanked us for helping her drive and we thanked her profusely for picking us up and she drove off.  Rod smirked.  “Well, that’s not what I expected when I cut into the cantaloupe.”  We stuck out our thumbs and headed north.  Remember, if you “keep on truckin’,” you’ll get there eventually.  Lots of cars passed us by on the interstate.  No one was interested in picking us up.  We probably looked road worn, but not wet.  In fact, the sun was heating up again and so was the pavement.  Just as I was feeling a bit discouraged a white van pulled up ahead of us.  For a fleeting moment I thought it was our old friend the drug dealer, but it turned out to be a guy who said he was going to Dallas.  I am telling the absolute truth that no more than fifteen minutes in the comfort of the van it began to rain hard again.  Our luck was holding out.

The guy said he was in the Air Force and had been in jail in Mexico.  He said it was no big deal but he’d gotten drunk and got in a fight and they’d locked him up overnight but he’d been released and was going home.  I just said we were thankful the Mexicans let him out in time for him to pick us up.  He seemed like a cool guy.  He just wanted to talk.  It struck me how a few folks didn’t have a problem picking up two kids on the road.  As bad as we must have looked to some folks, we didn’t look bad at all for others.

He let us off somewhere in the south Dallas suburbs in a Denny’s parking lot.  I asked Rod if he wanted to get something to eat before we hit the road again. He suggested we might have enough money between us for bus tickets to Amarillo now we were closer.  We needed to find the bus station.  We went inside the Denny’s and asked the girl at the register if she knew where the station was and she was about as unfriendly as she could be.  She wanted us out of the restaurant so she told us it was a few blocks north to get rid of us.  On the way out I saw a Dallas newspaper.  A headline celebrated America’s 200th birthday and another indicated Israeli Commandos had rescued more than a hundred hostages in Uganda.  There was a lot of terrorism in the seventies.  It was great to hear the good guys had won for a change.

We walked a long way on the hot pavement and the searing sun baked our faces.  I was beginning to feel the chiggers although I wasn’t quite sure what it was at the time.  Unlike the earlier walks where we sensed we had a destination, we had no idea where the bus station was so we just kept walking through endless suburban streets.  It was the hardest trek of the journey up to that time.  Everything, the heat, exhaustion, chiggers, the road dust all worked to dampen my spirit.  I wasn’t really noticing the environment anymore.  Although I was still thankful we’d never gotten wet.  Not once.  We walked for maybe an hour, not looking for a ride, just soldiering on.  Then a baby blue Cadillac inched up beside us.  A well-dressed black man drove it and a woman wearing what looked like “hot pants” sat beside him.  He asked us where we were going.  We told him we were looking for the bus station.  We were trying to get to Amarillo.  He said there wasn’t a bus station anywhere near where we were and the two of us really shouldn’t be walking on the streets in that neighborhood. He told us to hop in and he’d take us to a bus station. I hadn’t noticed we were in a dangerous neighborhood, but there was something in the guy’s voice that rang true.  Here was another angel, saving us from God knows what.  He was friendly, wanting to know all about Amarillo and the concert and our time on the road.  He took us quite a few blocks to a Greyhound bus station.  We thanked him and he drove away.  I’m not sure Rodney and I truly understood how things were happening for us.  Unfortunately, the station was closed.  However, we read a sign indicating a bus to Amarillo, of all the luck, was due to arrive in an hour, but because it was the 4th of July and because the station was closed, we didn’t know if the bus would be there.  Even if it did arrive, we didn’t know if we could get on it without a ticket.  We decided to wait for it, hoping for a chance.

By this time both Rod and I were exhausted and beat down by the sun.  I was itching in places I couldn’t easily scratch.  We were a bit testy with each other.  I had lost my comb somewhere so my long hair was tangled, sticky and dirty.  I saw a drug store across the street and told Rod I thought I’d go over there to buy a comb.  He asked if I was really going to spend money that could get us home on my hair.  I said his hair never needed combing anyway so what did he know?  We were both right, of course, but I came to my senses.

Finally, the bus, if it was coming at all, wasn’t there at its appointed time.  We began to consider finding a place to crash for the night, maybe a grassy knoll.  We were in Dallas, after all.  Then, like a cool, clear vision, the bus came rumbling up the street.  It stopped in front of us and a couple people got out.  We asked the driver if he could sell us tickets to Amarillo, if in fact, we had enough money for the tickets.  He told us the station was closed so there was no way to get tickets.  We told him our situation.  He asked us how much money we had.  We showed him.  He said it wasn’t enough for tickets to Amarillo.  We asked if he could take us as far as the money would allow.  He looked us over and considered for a moment.  He said, “I’ll take you to Amarillo.”

Looking back, I don’t think the Greyhound driver was an angel.  I think he was a good man doing a good thing for two kids who found themselves on the road.  He didn’t have to do it, but he chose to do it, and we were profoundly grateful.  I remember the joy I felt as we kicked back on the almost empty and air-conditioned bus.  The journey was almost over and I closed my eyes.  We drove all night, sleeping through most of it, and by dawn we’d arrived home.