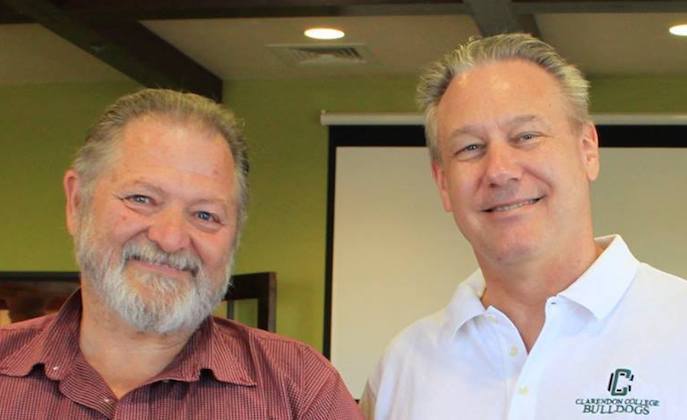 This July 4th will be the 41st anniversary of my journey to see the Willie Nelson 4th of July picnic in Gonzales, Texas, 1976.  I’ve always appreciated the fact I was “on the road,” like Jack Kerouac, on the nation’s bicentennial, the birthday of the Declaration of Independence, and the day began for me at the site of the birth of Texas Independence.  My buddy Rodney and I took the trip together and we accidentally found ourselves hitchhiking there and back to Amarillo.  It’s quite a story and I’m going to tell it in parts.  I’ve written about it before in a novel called Bicentennial Revised, in which I took quite a few liberties and threw in a lot of other stuff because it was a novel, and it was about revision, but I’m going to be truthful in this telling.  In saying that, I need to warn you that this was way, way back in 1976.  The times were different and I was much younger and much riskier in my behavior.  I don’t wish to glamorize the behavior and Rodney and I both have cleaned up our acts considerably. He did long before I did.  We’re not the same kids, but I don’t believe in cleaning up the past or even denying it just because you clean up as a person.  Also, remember.  This is from my point of view.  Not his.  Although I have received his permission to tell it.

In the summer of 1976 Rodney and I had just finished the Broadcasting program at Amarillo College.  Throughout the previous year we’d talked about going to Europe and backpacking around after graduation but as things turned out we didn’t have the money or even the passports.  We wanted to do something special to celebrate our freedom and it seemed perfect to go to the Willie Nelson picnic that year on Independence Day.

There had been about three picnics before ’76, I think, but the previous two had certainly caused a cultural phenomenon.   “Rocket Rod“ and I had both been radio jocks at FM 90 when the station was founded.  I actually seem to remember we’d call it the 89-point-9 and Joyce Herring would correct us, saying FM 90.  So we wouldn’t say it that way just to mess with her.  In those days there was a lot of country mixed in with rock.  Groups like the Pure Prairie League and Poco were around, Gram Parsons and Emmylou Harris, and of course, southern rock from the likes of The Marshall Tucker Band and Lynyrd Skynyrd had country mixed with blues.  Country, like the stuff our parents liked, George Jones, Tammy Wynette and the like, generally came out of Nashville.  Willie, and what would become the “outlaw” group of country performers, set up shop in Austin and took advantage of the hippie scene there that had been imported from San Francisco.  “Long-haired, dope-smoking hippies,” is what the old folks called them, except they also might wear cowboy hats and boots.  There were a lot of Vietnam vets, back then too, still dealing with the war.  A lot of them rode bikes.

Like most kids of our day Rod and I liked to party.  We had a bunch of broadcasting friends and we’d hang out at Memorial Park.  Only the gazebo and tennis courts were around back then and the lingering scent of illegality.   We’d had a few adventures before graduation but on graduation night we’d bought a case of Lone Star and took it out to Medipark.  I was nineteen at the time.  Rod was a little older.  The drinking age in those days was eighteen.  There were three of us in our black graduation caps and gowns.  The police showed up after midnight and Rodney’s car was alone in the parking lot.  We’d pretty much finished the case so when the police shone the spotlight on the hill, looking for us, we’d run, avoiding the light, and fell to the ground in our black gowns, as the spotlight passed over us.  We were invisible to authority.  They never found us but later Rodney said they’d called his mother to tell her his car was abandoned at Medipark.  She apparently told him, “Oh no.  If the car’s there Rodney must be nearby.”  It was her view that Rodney would never walk away from his car.

That year the Willie Nelson picnic would be on private land near Gonzales, which of course, was the site of The Battle of Gonzales in 1835, which was the first military engagement of the Texas War of Independence.  There had been local reaction against earlier picnics so at first the thing was canceled and then it was on again.  Seems there was a movement to keep the hippies, drugs and nudity out of Gonzales.  On graduation night, after avoiding the police spotlights, we resolved to take the trip to the concert to go someplace where we could party in peace.  Austin was party central.  We really wanted to check it out.  We would drive down there and buy tickets at Oat Willie’s, a famous head shop just west of the campus of the University of Texas.  The original plan was to take my car.  I had a yellow Volkswagen Beetle with a ’48 Ford hood.  It was a repo and my first car.  I thought it was in pretty decent shape but about a week before the trip I got anxiety.  I was convinced we would have car trouble.  Looking back, maybe it was a premonition, but I expressed my worries to Rod, who probably thought I was trying to weasel out, but he said his car would be out of the shop and the mechanic said it would be fine to make the trip.  He had a TR- 7, that looked like a doorstop.

July 4th that year was on a Sunday.  At the time I worked at Channel 4 when it was up on Polk by Wonderland Park.  I was an announcer and audio man.  I was to do the early newscast on the Friday before but I was free after 6:30 that evening.  I had taken off the following Monday figuring we’d be driving back that day.  So we figured we’d drive overnight and be in Austin by the next morning to pick up the tickets and head out to the concert.  Keep in mind, the speed limit in those days was 55, an aggravating limitation.  We reasoned by driving overnight we’d be able to go faster since there wasn’t as much law on the roads at that time.

We headed down the highway with a huge anticipation.  I had seen the movie, Woodstock, but neither of us had any idea what a big outdoor concert would look like or what we’d need.  There was no internet back then!  We were quite unprepared.  At least for my part it didn’t matter because this was the reward we were getting for achieving our Associates in Applied Science in Broadcasting at Amarillo Junior College…Willie Nelson.

We shared the driving but at some point I was pretty wiped out.  Rodney took over and I just remember putting my head against the window and when I awoke we were stopped on the side of the road as dawn was breaking.  It was a familiar situation for me as my father would take us on long road trips and I’d sometimes wake up and he’d say we were out of gas and he’d have to catch a ride to get gas while we stayed with the car.  That was my first thought as I looked at Rodney but he looked troubled and said the car was having engine problems.  We were only a few miles outside of Austin in the hill country and the air smelled like cedar.  Rodney figured the best thing to do was to limp our way into the city and hope to find a foreign car garage.  There were no cell phones back then!  We knew nothing about the city.  In fact, the last time I’d been in Austin my family had car troubles.  I remember dad driving into the city at night to Ravel’s Bolero on the FM radio.  We stayed at the Holiday Inn at I-35 and Town Lake. The next day, as the car was being worked on we took a taxi down to the University of Texas and my mother said, “Who knows, maybe you’ll come to school here one day.”  As it turns out I did, but that was after Rodney and I slowly crept the TR-7 into the north side of the city.  It smelled hot.  Rod didn’t dare drive faster than 40. We pulled into Highland Mall early on a Saturday morning and as luck would have it there was a foreign car garage there and there was a mechanic there.  The mechanic said it wasn’t promising.  It appeared he’d need to order a part and in any event he probably couldn’t get to it that day and of course, they were closed the following day. We began to consider our options.

There are certain moments in life, those, “you’ll always regret it if you don’t do it,” kinds of things you know what must be done but your head is trying to dissuade you.  We had enough money to take a bus back to Amarillo.  Or we could save what money we had, walk across town, get the tickets and find a way to the concert.  To our credit, looking back, we didn’t think too long about it.  It’s probably because we were young and looking for adventure and there were two of us and, “are you kidding me?  Let’s do it!”  I still remember that smile and the excitement in Rocket Rod’s eyes when he realized we were going to just hit the road and find our way to Gonzales. We didn’t have a map.  I was exhilarated.  He gave instructions to the mechanic, who gave us instructions to Oat Willie’s, and we hit the pavement.  It was Saturday morning, July 3rd.  We walked west to Lamar and then headed south to buy our ticket to a strange adventure.